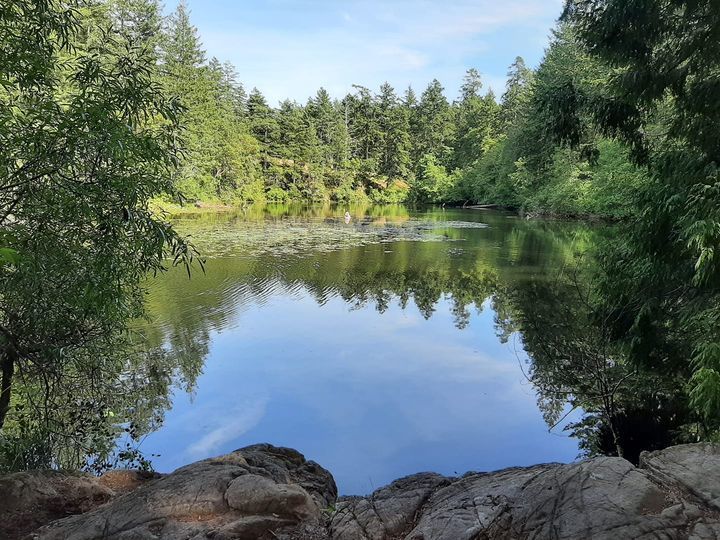 Finally, after years of me being the weird one, seeking scarce Season of Creation materials, we now have a veritable plethora thereof! I think it was only three years ago at the cathedral that when I was presiding or preaching quite often in September, I’d sneak in a Creation Blessing at the end, or refer to the season in my sermon – this despite the fact that I was told, in no uncertain terms, that the cathedral was NOT celebrating the Season of Creation! I don’t blame those in charge there at the time, but rather the fact that cathedrals often have to carry the heavy burden of TRADITION. But ever since writing my 1996 dissertation on ecology and world religions, I was convinced that our religious life in these times was either clearly connected to environmental concerns, or we’d really have to question its relevance for the 21st century. The main source I’m using this year https://seasonofcreation.org/.../05/2021-SOC-Full-Guide.pdf is called A Home for All? Renewing the Oikos of God and is drawn form eleven worldwide church sources, including Anglican, Lutheran, Catholic and others including the World Council of Churches.

So here are some of their notes regarding the readings we heard today, and today’s more specific theme is “Oikonome: A Just Home for All People”: Oikos, the Greek word for ‘home’ is the root of ‘economy’. At a global level, economy is about planetary housekeeping. And this program asks: “How far have modern understandings of the importance of the economy drifted from the root meaning of creating a secure and just home for all?” Potentially we could say that that drifting amounts to being almost light years away. Instead of a focus on providing secure and just homes for all, modern first-world economics seems to mainly focus on a vicious and greedy contest to amass maximum wealth for minimum people, with monstrously increasing gaps between the rich and the poor.

Second note from this program says: “Proverbs 22 and James 2 make clear that God will champion the cause of the oppressed, and that poverty and injustice are deeply linked to our economic behaviour and systems.” Here’s some of what we heard in Proverbs 22: “Whoever sows injustice reaps calamity … Do not exploit the poor … and do not crush the needy.” And our James 2 has similar ideas, especially verses 14-17: “What good is it … if you say you have faith but do not have works? … If a brother or sister is naked and lacks daily food, and one of you says to them, “Go in peace; keep warm and eat your fill,” and yet you do not supply their bodily needs, what is the good of that? So faith by itself, if it has no works, is dead.”

Third Season of Creation note says this: “In a world of climate injustice, where careless use of fossil fuels leads to insecurity, disaster and suffering for the world’s poor and marginalized, what is the ‘good news’ (the Gospel)? Can there be good news without addressing such injustice?” Good question, eh? When I started typing ‘good question’ instead I accidentally typed God question. And that’s indeed what I think it is – a question God keeps asking us, as God looks at horrible planetary destruction wrought by human greed; and also sees the horrific suffering of the poor that results from such global economic pursuits. Are current global economic trends building the Oikonome ‘Just Home’ that the Creator desires for all creatures?

The fourth note focuses on James 2:6 “Is it not the rich who are exploiting you? Are they not the ones who are dragging you into court?” And the notes continue: “Is this passage aimed only at the ‘super rich’ or also at the many Christians who live comfortable lives, acting as if they (we?) are ignorant of the links between that comfort – built on exploitative and unsustainable economic practices – and the suffering of the poor?” Most of us here live pretty comfortable lives overall … so it behooves us to keep asking that question from day-to-day as to what those links might be between our comfortable lives, and the suffering of the poor.

And the last program point for today says this: “In Mark 7:28-29, Jesus commends the Syro-Phoenician (a woman and a Gentile) for arguing with him, and heals her daughter! Are there issues of injustice, where God seems silent, that drive us to wrestle with God in prayer?” That question kind of shocked me – were we supposed to seek to wrestle or argue with God about the injustices in the world? But on the other hand, it made some sense for me since I’ve been working through the psalms on many nights before bed, trying to learn simple chanting. And sad to say I’ve found so many psalms that insist that God will always provide for the poor and needy … not only is that seen to be untrue in many parts of our world, but it allows the self-righteous and well-off to congratulate themselves on how their superior faith in God has meant that their needs are met. While it’s good to thank God for our many blessings, it’s a precarious precipice we stand on when we dare to think that God rewards us for our faith while ignoring the needs of millions or billions of others around the world. All people are sons and daughters of God, right? That’s why I keep wrestling with God in my mind and heart as I think of the suffering in the world. But God pushes back when we try to shift all the blame towards God. As a Facebook meme puts it: ‘I asked God why he allowed so many people to suffer, and God said: I was about to ask you the same thing!’ May we help all God’s people find their rightful Oikos – homes built by justice and compassion, Amen.