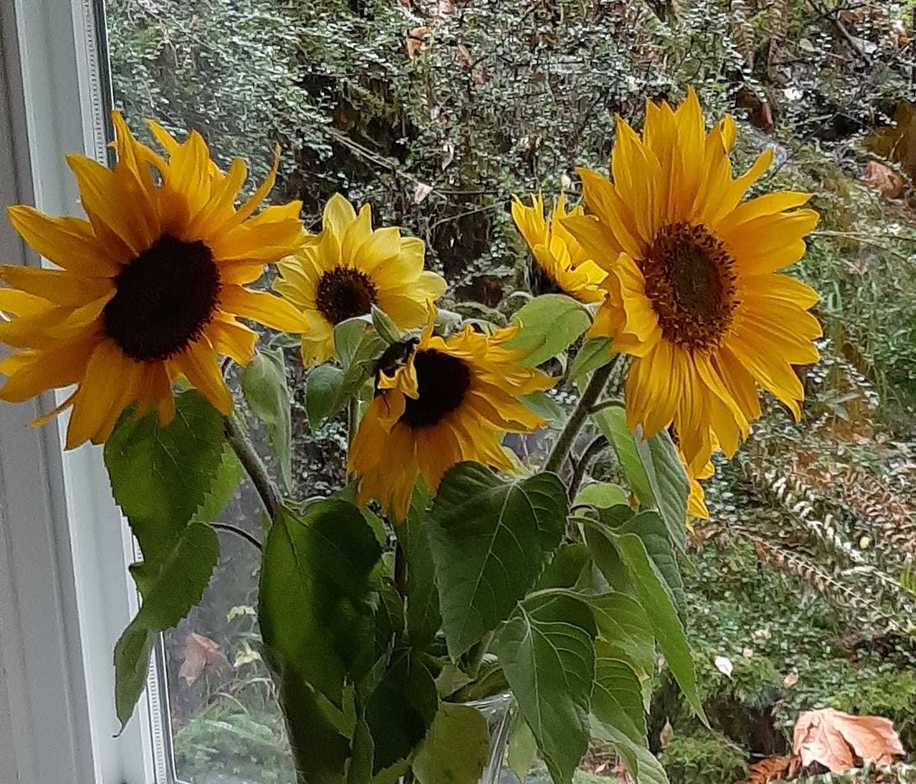 Well, that gospel we just heard takes us on quite a wild ride, especially those lines where Jesus tells us to cut off or pluck out body parts that cause us to sin – our hand or foot or eye – the parts with which we see things, do things and walk through our lives – so easy to use them selfishly, for example, or to NOT use them to help others. The evangelical Bible thumper folks often see Anglicans and other progressive Christians as not following the Bible closely enough, but interestingly enough … one does not see many or any among them with missing hands, feet or eyes that they cut off or plucked out themselves, as Jesus says to do if they cause you to sin. Guess they don’t take passages like this literally … it’s pick and choose on points like this, but not on the points that align with their worldviews. Maybe next time we encounter such people, we can ask them whether they follow the letter of the law on these lines. Chances are that such lines from Jesus are more about the context he lived in, which included a Mediterranean culture of exaggeration.

The opening gospel lines we heard today have Mark reporting that John (the disciple whom Jesus loved) saying: “Teacher, we saw someone casting out demons in your name, and we tried to stop him, because he was not following us.” Oh dear, sounds a bit childish or selfish, perhaps similar to a kindergarten sandbox fight. Understandably Jesus shuts down this way of thinking, saying that whoever is not against us is for us, and telling them not to put a stumbling block in front of those who were not part of the in-group. William Barclay states it well in commenting on this gospel section (Mk 9:38-40) calling it a lesson in tolerance:

“’Many are the roads by which God carries his own to heaven’ (Cervantes). The world is round, and two people can get to precisely the same destination by starting out in precisely opposite directions. All roads, if we pursue them long enough and far enough, lead to God. It is a fearful thing for any individual or any church to claim a monopoly on salvation.”

As to those later gospel lines about people going to HELL if they don’t cut off body parts that cause them to sin, Barclay also points out that the word translated as hell was originally Gehenna, which likely referred to the Valley of Hinnon outside Jerusalem – a place with an evil past, an unclean and dangerous place – a symbol for hell. However, if you prefer to take Jesus’ words literally here about cutting off body parts that cause you to sin -- as you may have heard, the Taliban are now back doing that – not exactly Jesus followers as far as we know.

Turning now to the Creation of Season Notes https://seasonofcreation.org/.../05/2021-SOC-Full-Guide.pdf for this Sunday, we begin with their first point: “There is a danger that responses to climate injustice and environmental chaos are only about activism: campaigns and advocacy. Today’s readings encourage us to turn to God in prayer in times of crisis, recognizing that activism needs deep foundations in a spirituality that sustains and renews us.” Yes indeed! Not only is activism more exhausting without prayer, we also need prayer to feel God’s alignment with whatever helps preserve God’s creation, and with whatever helps alleviate the suffering caused to so many others, by human greed and indifference. That is not what God intends for us, so let’s draw near to God’s presence, asking perhaps to be strengthened by God’s Spirit of Wisdom in our activism, and also to feel God’s affection for us who put aside personal comforts and preferences in order to help the earth and God’s other children to be brought back to health. Such endeavours also contribute to our spiritual joy … although it’s easy to get stuck thinking that God prefers the same old methods of being Christians that we prefer – you know those comfortable things we already know how to do? As the Creation notes further point out:

James 5:13 states: “Is anyone among you in trouble? Let them pray.” The passage continues, “The prayer of a righteous person is powerful and effective” (5:16b) and gives the example of Elijah praying for no rain and then praying for rain which led to fruitful harvests (5:17-18). Do we pray about the Climate crisis? Do we pray for God’s mercy for people and places suffering devastating and catastrophic drought or flood, storms or erosion? Do we also pray for the political processes, for COP26 in Glasgow in November 2021, and for God’s Spirit to change the hearts of world leaders, to give them compassion and embolden them to take unpopular but necessary decisions?

Let’s also keep in mind that prayer does not change God, it changes us. So, praying that God’s good creation can be healed by the restraint of human greed and indifference – helps us move along that same path, and to rejoice as we discover so many good people and projects already moving in that direction.

Our Esther reading has a woman who dares to speak truth to power at great risk to herself – a model for us to uphold and emulate, as we try to speak the truth of climate injustice to corporations run by selfish greed which, as Paul tells us, is a form of idolatry (Col 3:5). And the Creation notes on today’s gospel looks especially at Jesus warning us against putting stumbling blocks “before one of these little ones who believe in me”. They point out that a recent UK survey shows 90% of young Christians seeing the climate as today’s most pressing and urgent issue “and yet 90% also say their churches are not doing enough on climate change”. So, if we want young people in our churches, we need to show them that we care about their greatly compromised future on an earth increasingly crippled by human environmental violence and destruction for the sake of short-term profit for a few.

You’ve heard the saying that you’ve got to watch what you pray for, right? As someone said: I asked God why there was so much suffering in the world, and God replied: I was about to ask you the same thing. As Gandhi said: Earth provides enough for everyone’s need, but not for everyone’s greed. If we are part of the 20% of people who consume 80% of the world’s resources, then how would that make our Parent God feel? How would we feel if two children we knew consumed what was meant for ten children? May we grow more deeply into God’s compassion for all of God’s creation, and may we help bring about Earth’s healing -- by living more simply, so that others may simply live, Amen.