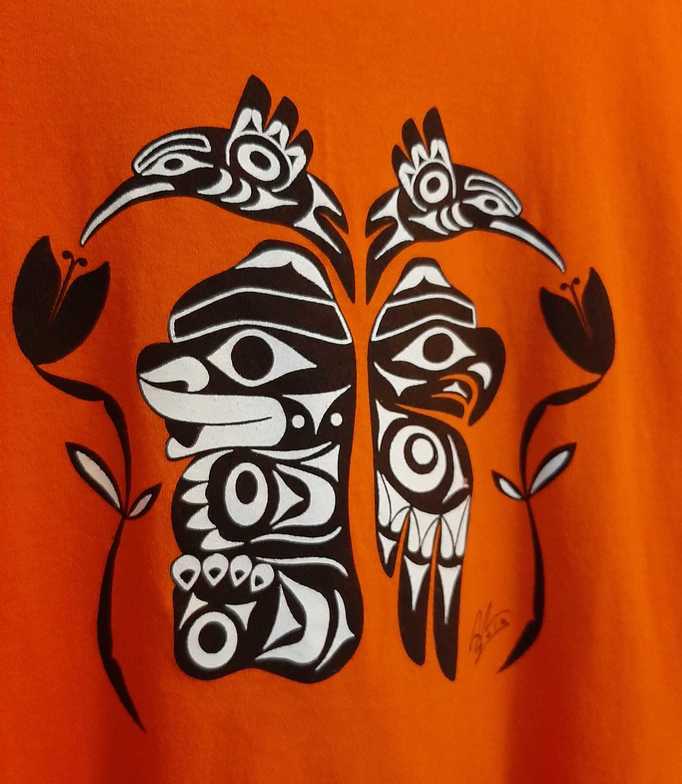 Since it’s been such an emotionally exhausting week for us Canadian Christians, with the news from Kamloops and other things, I wanted to start with some humour – comic relief – and perhaps we need look no further than our first reading from Genesis for a few laughs. There’s poor scared Adam and Eve, patching on fig leaves and trying to hide from God, as if God would not recognize them with fig leaves, or see them in the garden so recently completed by their Creator. Then once the inevitable confrontation comes about, Adam of course blames Eve, and Eve blames the serpent – talk about everybody passing the buck! It’s potentially the oldest story – Adam blaming Eve for partaking of the apple, even though almost every version of the Bible tells us that ‘she gave some to her husband WHO WAS WITH HER’! He was there the whole time, and yet he had nothing to say. What was he doing – watching football, scrolling Facebook? We don’t know what he was doing but he obviously made no objection. He was right there and does not speak up at all when the devil-serpent talks to Eve about the benefits of eating that fruit. And yet despite his passive complicity, later on countless artists paint the scene without him there … and ancient theological commentaries hint strongly that it was all Eve’s fault, and that she went off to find and potentially even seduce Adam afterwards to twist his arm into sinning like her. … Okay I don’t know if that’s funny or infuriating. But it does seem laughable at some level. Humans have often been quite devious, unlike our first family dog who chewed up the remote first time we left him home alone, and as soon as we opened the door, he greeted us with a face covered in guilt, remorse and shame.

Speaking of being covered in guilt, remorse and shame, that’s how a lot of us Anglicans were feeling last week, despite the fact that the 1993 and 2019 apologies for residential schools from our Canadian leaders were exemplary for their time, and despite huge efforts to make amends in the last 30 years or so. My first degree is in history and I’m well aware of the importance of context for understanding any historical situation, but such an argument wears entirely thin when we consider the extent of harm done, especially to frightened children and their helpless and horrified families.

Let’s look again at what Archbishop Michael Peers said to the Indigenous people of Canada in 1993:

And also what Primate Fred Hiltz said in 2019:

“I confess our sin in failing to acknowledge that as First Peoples living here for thousands of years, you had a spiritual relationship with the Creator and with the Land…. I confess our sin in demonizing Indigenous spiritualities, and in belittling the traditional teachings of your Grandmothers and Grandfathers preserved and passed on through the elders. I confess the sin of our arrogance in dismissing Indigenous Spiritualities and disciplines as incompatible with the Gospel of Jesus, and insisting that there is no place for them in Christian Worship. I confess our sin in acts such as smothering the smudges, forbidding the pipes, stopping the drums, hiding the masks, destroying the totem poles, silencing the songs, stilling the dances, and banning the potlatches. With deep remorse, I acknowledge the intergenerational spiritual harm caused by our actions. I confess our sin in declaring the teachings of the medicine wheel to be pagan and primitive. I confess our sin in robbing your children and youth of the opportunity to know their spiritual ancestry and the great wealth of its wisdom and guidance for living in a good way with the Creator, the land and all peoples. For such shameful behaviours, I am very sorry.”

And now as the children’s graves are revealed, our apologies sound so hollow. Oh Great Spirit, Gitchie Manitou, Wakan Tanka – send us guidance & help us to listen more deeply, and then to find the next steps, Amen.