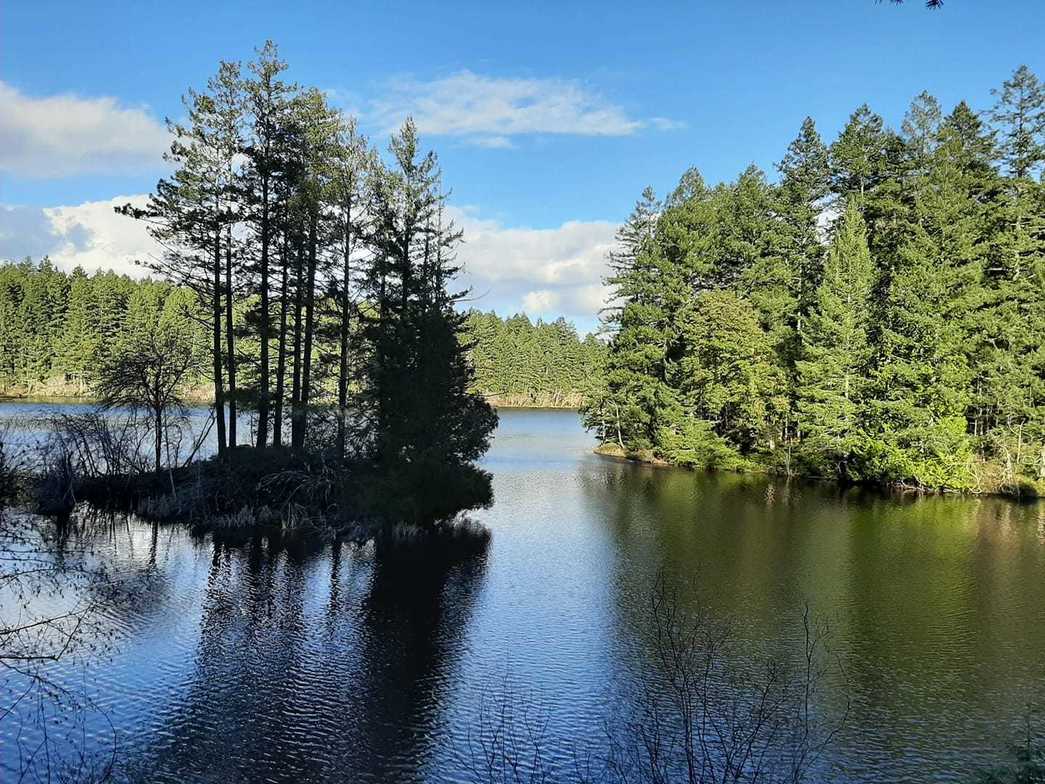 When I saw the last line of our epistle: “So if anyone is in Christ, there is a new creation: everything old has passed away; see everything has become new!” … I was reminded of an old joke that asks: How many Anglicans does it take to change a lightbulb? … None, because they like the old one better. And I just heard of Anglicans being called ‘the frozen people’. Now I’m sure that none of this is true for the Two Saints churches. Hopefully, we’re ready to embrace appropriate change, knowing that unless things change, they die. Check this out in nature to see that it’s incontrovertibly true. Nothing can grow without accepting change, so if it stays still, it dies. May we keep changing and growing – as our psalm toady puts it: In old age they still produce fruit: "They are always green and full of sap."

We hear a similar message in the gospel – Mark’s version of Jesus’ Sower and Seed parable. The seeds planted are sprouting and growing while the gardener sleeps, sprouting and ideally thriving until they bear fruit or become grain to feed us. I love Gandhi’s idea that earth provides enough for everyone’s need, but not for everyone’s greed, which is still true if we all became vegan https://www.livekindly.co/global-shift-vegan-diet-feed.../. Plus it would greatly increase the health of our earthly home as well. As Jesus explains “The earth produces of itself, first the stalk, then the head, then the full grain in the head.” He was talking about grains which are still much easier to grow and use much less water than meat. A pound of wheat takes 25 gallons of water to grow, whereas a pound of beef takes 1800 gallons of water to produce. I mention these things in gratitude for the great potential for caring and sharing -- that the Creator has built into our creation.

One of our intrepid Bible study participants pointed out a seemingly disturbing detail in Mark’s version of the story when Jesus says: “But when the grain is ripe, at once he goes with his sickle because the harvest has come.” Yikes, does that suggest that when we are ripened with age, that it’s time for the sickle? I guess that’s where that image of the Grim Reaper comes from. But on the other hand, when food-bearing plants produce their fruits and vegetables and grains, and root vegetables – if the fruit is not taken, then it simply rots. The plant is weighed down and can break, or rot underground – all that lovely growth and thriving that Jesus describes – all gone to waste.

A Bible scholar from the Working Preacher website mentions those school projects where students take home a bean planted in good soil in a cup, and when it’s watered and gets sunlight, the student is astounded how quickly it sprouts and emerges up out of the soil – green & vibrant. Reminds me of a Facebook meme when the little bean creature hates being pushed into the dark soil. In the next panel, it’s sadly holding a sign by a gravestone, that reads: It’s all over. But then soon enough the bean is smiling with joy because it sprouts and thrusts a vibrant green shoot through the surface of the soil in the cup. The moral of the story is something like this: When you’re in the dark and feeling buried, perhaps you’ve been planted -- for wonderful new growth to emerge in your life.

We’ve been kind of buried in the dark for the last fifteen months or so – restricted, held down, kept from the nourishment and fun of seeing and being with others – all while we were constantly reminded that we could become extremely ill and die if we did not obey these rules. It’s been difficult, and hopefully that proverbial light at the end of this Covid tunnel is a true sign of release from the dark times we’ve been through. We want to go back to some kind of normal, but we also need to pay heed to the idea of Building Back Better – building a world of greater justice and equality for all. Again our epistle said: “So if anyone is in Christ, there is a new creation”. How can we change our old ways to help bring about this new creation in Christ – a creation in which all the creatures that the Creator made are fed and have their basic needs met? And for our fellow human creatures, how can we live in a way that all the world’s children are fed – enough for everyone’s need, but not for everyone’s greed?

Big things in our society and world need to change. And hopefully we in the churches can find creative and life-giving ways to build back better. May it be so, Amen.