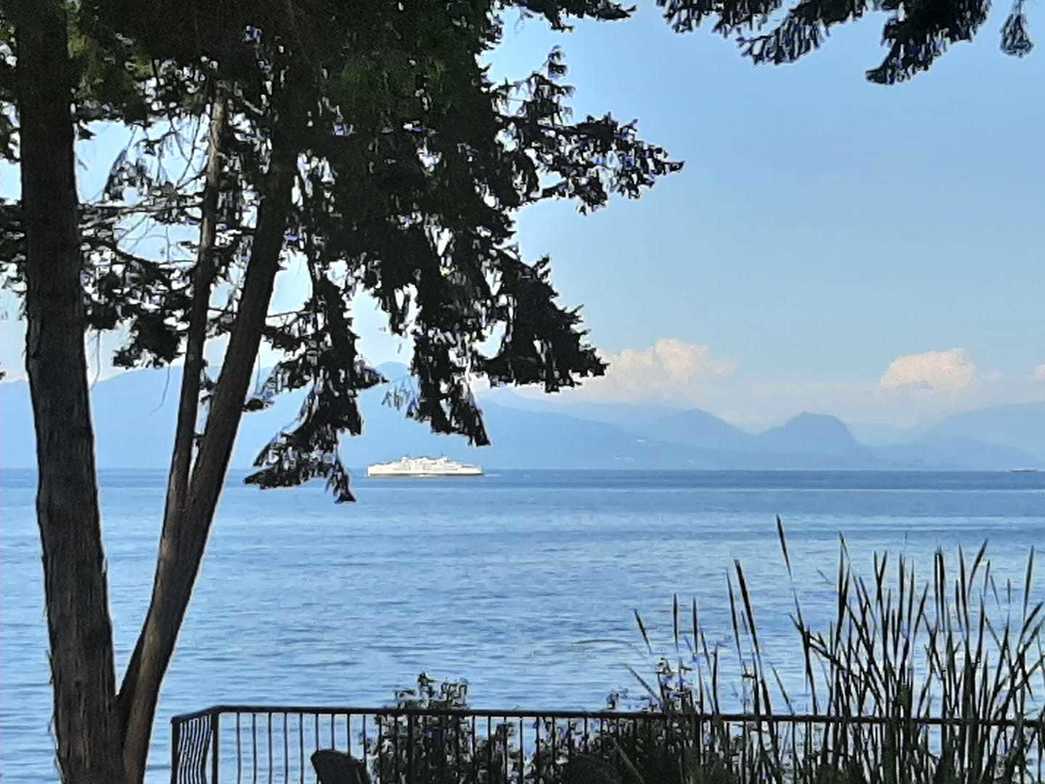 Today’s sermon has two parts: first a partly silly show-and-tell beginning, and then a serious look at today’s gospel, especially thanks to a biblical scholar from the Working Preacher website.

So for show-and-tell, here’s my dollar store level. Likely, many of you have better levels, but did you know that these bubble-in-a-vial things are called spirit levels, and have been around for centuries? The function of levels is related to the function of plumb lines – parallel is level and perpendicular is plumb. And in our Amos reading, plumb lines are mentioned four times in the first two verses. This took me back to my father’s workshop and his various building projects in many places – from the ramshackle cabins near Lake Winnipeg that he spent years upgrading into rentable condition, to many writing desks and kitchen cabinets etc. With no formal education or training as a carpenter, he learned mostly by observing things, like when he stepped into someone’s yard to see a house foundation more closely, and a man came out to chase him away. My poor uneducated father spent all his workdays on the railroad tracks, but delighted in his true vocation of carpentry in most of his spare time.

The book of Amos is strongly focused on social justice – on what is fair and just; and the sinfulness of selfish greed in light of the desperate needs of the poor. Amos hears God asking for gross inequalities to be levelled – the Creator wants things straight instead of crooked, as in ‘Make straight the way of the Lord!’ Reflecting on that first reading, I ran out to the shed to find my level. A quick check around a few walls of my old mobile home brought me the happy surprise that they’re actually pretty straight. Spirit levels measure if things are even or balanced, and they detect imbalances. I think that’s exactly what God is using the plumb line for in our first reading – to measure whether the people of Israel were balanced in terms of justice and injustice.

In our digital age, I was amazed to learn that you can even use your phone as a spirit or bubble level by downloading the bubble level app! So, although smartphones and social media can be harmful, they can also do a lot of good. For example, I know a couple whose lives were saved from the Lytton fire when one of them saw it on Facebook and drew back the curtains that were blocking out the hot sun, to see smoke and flames right outside! They grabbed the dog and ran out of the house to discover that their roof was already on fire. In case you had any doubt, the Holy Spirit uses Facebook too, to bring about good, despite the harm that human ignorance and selfishness will always threaten to earth and all its creatures.

And the corresponding psalm we heard has that delightful image of righteousness and peace kissing each other. Indeed, there can be no peace without righteousness, which is another word for justice. No justice, no peace! The psalm too is measuring opposites and seeking balance: “Faithfulness will spring up from the ground, and righteousness will look down from the sky.” That middle point where the ‘spirit’ bubble finds the balanced center is exactly the place where humans can take up God’s work of loving justice and peace for all.

And now for Part Two I was amazed to see what this excellent biblical scholar named Emerson Powery could bring forth from this strange old gospel story https://www.workingpreacher.org/.../commentary-on-mark... about Herod’s daughter asking for John the Baptist’s head on a platter. Powery points out that this story makes clear the connection between Jesus’ life and mission with the socio-political affairs of his time. John’s death was the end of innocence for Jesus’ mission. “Not only did John’s message meet with political obstacles, so would Jesus’ and so would his followers’ [messages]…” Professor Powery points out interesting differences between Mark’s more extensive version of this story, and Matthew’s version. Meanwhile Luke leaves it out … perhaps thinking not to touch it with the proverbial ten-foot pole. King Herod had heard of Jesus’ growing influence as he and his disciples visited villages in the Galilean countryside, healing people and bringing good news to the poor – news that God’s justice will ultimately prevail. This was not good news to Herod who wanted complete control of the people, and to squeeze them for every tax dollar he could, and every ounce of sweated forced labour, despite the brutal crippling of their lives that caused -- the full opposite of divine justice. No room here to explore the many fascinating points that Powery brings forth, but I encourage you to check the link for the commentary, which closes with this sentence: “However one understands the relationship between John and Jesus, one thing is certain: agents of God who challenge those in power usually suffer significant consequences.”

So be cautious as you go around measuring injustices in the world with your Spirit level … but also be assured that the loving Creator, who wants all creatures to thrive, is doing the same. Amen.